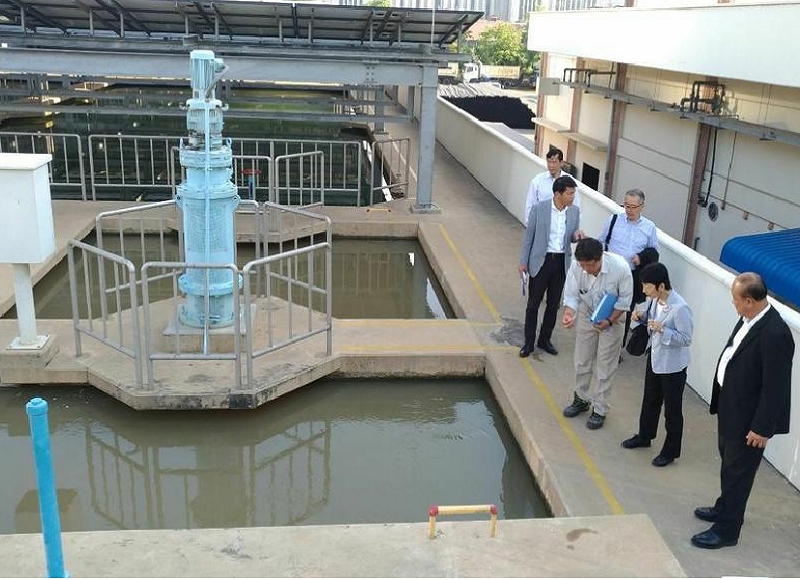 Water subscription sees the highest growth in over a decade

The total number of water subscriptions reached 367,032 at the end of 2018, an increase of 10.1% compared to the end of 2017.This is the highest client growth the company has achieved in over a decade. The remarkable annual increase by 33,744 subscribers—of which 30,517 are household clients (+11.2% YoY), and 2,898 are commercial & industrial clients (+5.2% YoY)—could be mainly the result of the company’s continued expansion of service coverage area and rising demand for water connections from completed houses of major housing development projects in the capital.

Top line rises 13.8% on solid water sales growth and jump in other income

Total revenue in 2018 came to KHR265bn, up 13.8% compared to KHR232.9bn in 2017. Water sales grew by KHR12.5bn or 6.5% to KHR205.8bn, accounting for 77.6% of the total revenue. The growth in core water sales can be attributed to the increase in water subscription, and rising water demand with average consumption per subscriber per month increasing from 27.03 cubic meter to 27.19 cubic meter for households, and from 105.13 cubic meter to 106.64 cubic meter for commercial and industrial clients. Meanwhile, income from construction services declined by KHR2.65bn or 24.7% to KHR8.1bn due to the completion of water-pipeline construction projects in Kampot provincial capital.

Last year was marked by 77% jump in other income to KHR51.2bn from only KHR28.8bn in a year earlier. The breakdown of other income shows that KHR32.9bn were gain on settlement of retirement benefit obligation as the result of the company canceling its retirement benefit scheme. Meanwhile, spare parts and meter sales accounted for KHR13.1bn, an increase by KHR2.1bn from KHR11bn in 2017 likely thanks to the additional water subscriptions.

Total operating expense amounted to KHR170bn, an increase of 10.96%, compared total revenue growth 13.8%. As a result, EBITDA and EBIT margin expanded 2.0%pts and 1.7%pts, respectively. EBITDA soared 18.4% to KHR137.9bn, while EBIT surged 19.4% to KHR94.9bn. The breakdown of total operating expenses shows that expense on salaries and wages saw the biggest increase, surging 32.4%. This was followed by depreciation and amortization expenses, rising 15.47%, cost of raw materials for water treatment, 11.06%, and electricity cost, 5.81%.

With net interest income switching sign from negative KHR26.66bn in 2017 to positive KHR637mn, pre-tax profit jumped 80% to KHR95.5bn, while net profit more than doubled to KHR76.5bn. The fluctuation in net interest income/expense was due to the unrealized foreign exchange gain/loss on borrowings.