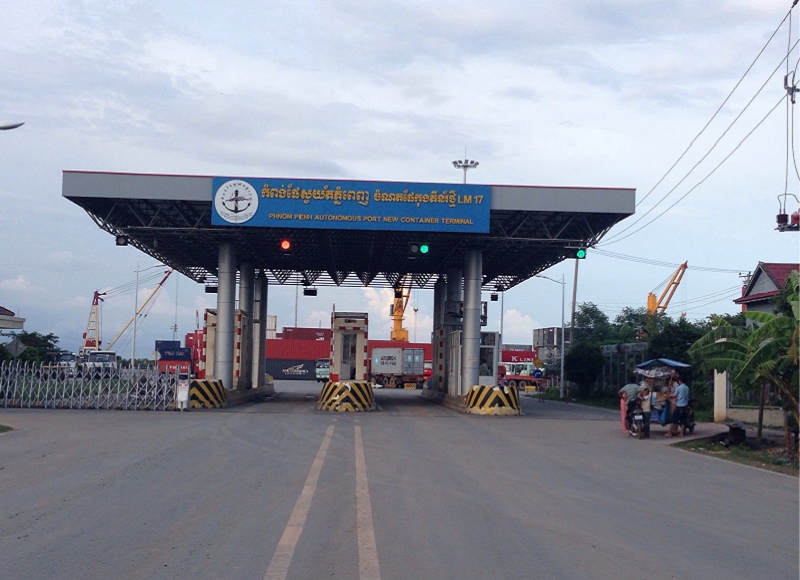 As a result of the marked increase in cargo traffic, the company’s top line grew remarkably. PPAP’s revenue soared 25.0% YoY to KHR23.6bn in 2Q19 despite other operating incomes (trucking, sand dredging, survey revenue, and others) declining 20.4% YoY. Three main sources of revenue namely stevedoring, lift-on lift-off (LOLO), and port services, all posted impressive growth, surging 31.1%, 21.9%, 16.4% YoY, respectively, and together accounted for 93.5% of the revenue in the second quarter of 2019. In addition, income from storage service more than doubled from KHR400mn in 2Q18 to KHR858mn in 2Q19.

On top of core business revenue, PPAP also earned quite significantly from other non-operating income, which in 2Q19 represented more than 10% of the core business revenue. Led by interest and rental incomes, other non-operating income tripled to nearly KHR3bn from April to June. This was due to the additional rental income PPAP received from leasing its land to Chean Choeung Thai Group (subsidiary of YUETAI Group), the additional rental income from the sublease of land it leased from state-owned company Green Trade to Hui Bang International Investment Group and Mekong Oryza Trading, and the additional interest income the port operator received from its deposit of the upfront leasing income of $15mn (about KHR60bn) at Foreign Trade Bank.

In the first six months of 2019, top line reached a record high of KHR47bn, up 25.4% from the same period last year. Meanwhile, other non-operating income increased more than six-fold from KHR1.73bn in 1H18 to over KHR11.05bn in 1H19. The jump in other non-operating income was the result of the KHR5.68bn income from net investment in sublease of the land it leased from Green Trade to Hui Bang International Investment Group and Mekong Oryza Trading.

EBITDA and EBIT jumped 59% and 86% YoY to KHR14.41bn and KHR11.28bn, respectively, in 2Q19. While total cost of services (variable cost) increased 22.7% YoY due to rising cargo traffic, total general administrative expenses (fixed cost) dropped slightly by 0.6% YoY, indicating that the economy of scale is at work.  The result is a notable expansion of operating profit margin. EBITDA margin expanded 13.1%pt to 61.0%, while EBIT margin widened by 15.7%pt to 47.8%.

Thanks to outstanding core revenue growth and extraordinary income from net investment in sublease in 1Q19, net profit for the first six months of 2019 more than doubled to KHR21.52bn, which is almost the size of annual net profit in 2017 of KHR21.69bn.